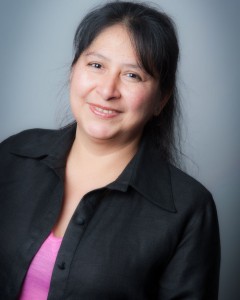 Maria Cárdenas is a third generation tailor, born in Colombia, now living in County Down, a few fields away from the River Bann, in the homeland of Irish Linen. All around are old mills, and evidence of how important flax and linen was in the past, using the “white” water coming off the Mournes.

Maria has been invited to show her work in Europe and the USA, including Atelier Designers in New York. She was part of the Best of British Fashion Showcase at the Ambassador’s in Dublin just before Queen Elizabeth’s visit. Maria was commissioned by the Lord Mayor of Belfast, the original Linenopolis, to make and present a white Irish Linen Guayabera to the President of Colombia, during the State visit in 2016, to symbolise the Peace Process.

Maria was invited in 2004 to contribute an outfit to the Irish Fashion Collection of the Ulster Museum in Belfast. She was part of the Linen Biennale Fashion Showcase in PRONI in early October 2018. Maria works in Costume, including Game of Thrones, for bespoke clients, and has given workshops in making and in flax skills. She is really pleased at the renewal of interest in Irish Linen and is looking forward to more opportunities and interesting collaborations.

“…has built up a reputation as a classic yet high fashion designer…” – Irish Echo, New York

“…has given wearable linen a look that is cool, contemporary, and as international as the designer herself…“ – Irish Arts Review, Dublin